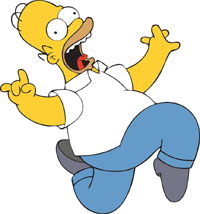 Just found out about a new verb – to decrapify – while absorbing abuse from my new laptop. According to UrbanDictionary.com, it means to remove crap or unnecessary items from something, i.e., pre-installed software on a new computer.

I could just shoot somebody – Bill Gates comes to mind – except that I claim to not be a violent man. At least I want to claim it. Except when I have to deal with my new laptop. Then my flights of fancy entail converting this infernal machine into a Frisbee so I can throw it as far as I can. Right out of my life.

The only benefit that I have capitalized on so far is using the experience with my new laptop as a topic for my Toastmasters club, in a speech titled, Adventures in Technology – Part 1.

While developing the speech (presented with a PowerPoint show) I realized that I had single-handedly set back human evolution, as shown here:

The downhill slide started with my first computer, an IBM PC, in 1988. The faculty at ASU got a phenomenal deal for only $1,000. Here is what I got at the time: 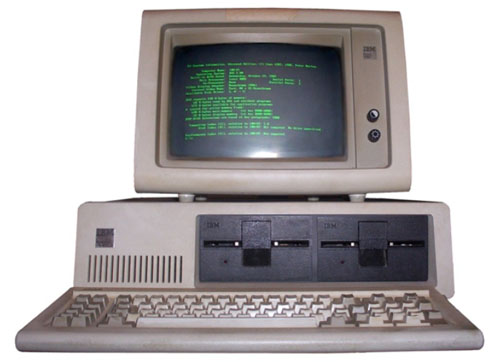 It was an overwhelming amount of computing power!

All I needed to be in business was a couple of 5.25-inch software diskettes for the operating system (MS-DOS 2.0) and some word processing software (6 diskettes for WordPerfect 4.2).

Every session started out with this:

That is when folks who used computers had to be on top of their game. Big brains a must. The requisite skill set for success seemed to be:

Can anyone still relate to that? I sure can.

My de-evolutionary slide continues. I refuse to accept that this could be due to aging. It is clearly driven by high-technology. Here is why I think so. Just take a look at this monster, which I scored for a measly $500. In other words, about $12.37 in 1988 dollars. Worth every penny, too.

This is my new HP Pavilion. Isn’t it pretty? 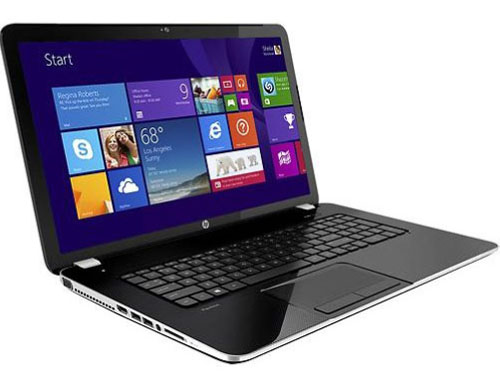 FEATURES (hang onto your hat!):

That is a huge list of ‘free’ stuff that is just a bunch of crap.

See why there is a whole software niche whose purpose is to sell you ways to decrapify a new computer?

Moreover, the new skill set that seems to be operating with this thing is now:

That Part About Intuition

The goal for all the new tech stuff, including Windows 8.1, is to be more ‘intuitive’ – whatever the hell that means. My question is always, whose intuition? It sure isn’t mine. I still don’t know how to find some stuff, where downloads go, how to uninstall crap that doesn’t show up in the programs list, etc., etc.

Before my brainpower really started to drain, though, I figured out how to get around a couple of annoyances. The startup requirement for signing into my ‘MSN’ (aka, Hotmail) account – total BS that I bypassed.

Oh, and that ‘intuitive’ screen (with all the come-ons and superficially useful stuff) – got that changed to something that I like instead: 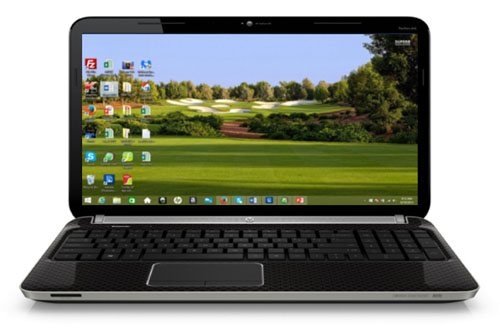 THIS IS MUCH BETTER!

Of course, I could go on. After all, my speech was Part 1. My ranting will only stop when I stop breathing. It is a perk of aging and low testosterone – the codependent driving forces behind all grumpy old men.

Where can this end, if at all?

Any sufficiently advanced technology is indistinguishable from magic.

In light of whatever I think is coming that will seem magical, I suggest the following: 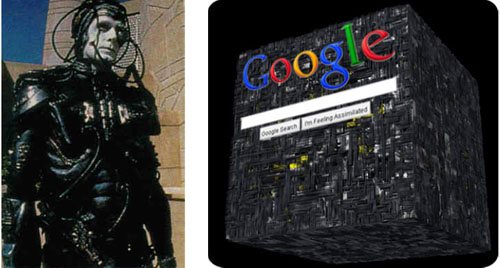 We are the Google-Borg. Lower your shields and surrender your minds. We will add your biological and technological distinctiveness to our own. Your culture will adapt to service us.

You will be assimilated.

Now I feel much better. Don’t you?