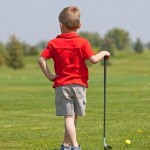 Famous golfers and non-golfers alike ALL agree on what the top 3 most important golf swing tips are. In fact, these 3 tips have been immortalized even by top professional athletes in other sports. It is not so confusing when you see what I mean here.
.
.
.
.

By now all of you folks in my ‘mature’ age class already know where I’m going with this. Paul Hornung, the Golden Boy himself, was famous for partying and late night carousing when he played for the Green Bay Packers. His performances didn’t seem to suffer.

Several years after he retired, he became famous all over again to a new generation of sports fans, with his Miller Lite commercials that attributed his athletic success to, “Practice, practice, practice.”

How Obvious is THAT?

I recall that when I used to have that cushy job as a university professor, I had the time to play golf at least once per week, and I could take off any weekday if I didn’t have a class scheduled. One of my former colleagues, still on the job so to speak, even now gets in 2-3 rounds each week. Just last week I met up with him for a late Friday afternoon beer at a local pub, and he was late getting there from the golf course.

Nowadays I find myself playing less golf than I played then, mostly because I let other things take priority. It wasn’t a complete surprise, therefore, to notice that my wife, Eve, was getting better and better at the game whenever we played a round together. The reason I wasn’t surprised at this development was because she has been playing two mornings a week with different ladies’ leagues. Just playing has been her practice, and it is paying off for her scores.

A Caution About Practice

The words that ring in my ears about practice are: “Most golfers go to the range and practice the wrong stuff.” Bad swings, poor setups, wrong clubs, etc. This quote came from a teaching pro that I took lessons from many years ago. He had a good point, sort of.

If you do bad stuff on the practice range, then you merely solidify bad stuff in your golf game. This makes sense, doesn’t it?

Now think of Jim Furyk’s swing (or take a look at, if you can find video of it). If you put together a set of golf swing tips based on his swing, you’d have some pretty awful ideas on how to go about hitting a golf ball. This harks back to a comment by Harvey Penick in his ‘Little Red Book’ about seemingly poor mechanics. He said something to the effect of, if a golfer has grooved his swing and is consistent with it, then it doesn’t matter what it looks like. Jim Furyk is a classic example of someone who has grooved his swing in spite of it violating all kinds of classic teachings about what ‘should be’ good mechanics.

Practice, therefore, is important if you can groove a swing that works for you. Personally, all the advice in the world from the pros and top amateurs falls on deaf ears because I don’t have the reflexes, flexibility, strength, or whatever else it takes to adopt top-level advice. I do, however, have a good idea of what I can do based on my physical attributes.

And that is what I can practice, just by playing more, like Eve does, to get my scores down.

By the way, I do have a personal story to tell about how I got out of my groove and had to have a local teaching pro fix my swing. I’ll share that story soon, because it has had a tremendous positive impact on my swing, and I think it will be helpful for lots of other golfers, too. (Yes, I was practicing the wrong stuff until I made this discovery…more later).

Golf swing tips for all time,